Additionally, it has the only TV channel in Puerto Rico affiliated to the Public Broadcasting Service (PBS).

The UAGM has an enrollment of over 36,000 students and offers nearly 290 academic programs that include technical certificates, associate degrees, bachelor’s degrees, master’s degrees, and doctorates. Through our continuing education program, we offer professional courses to help you stay ahead in your field. This program is accredited by the International Association for Continuing Education and Training (IACET).

Our university centers in Puerto Rico 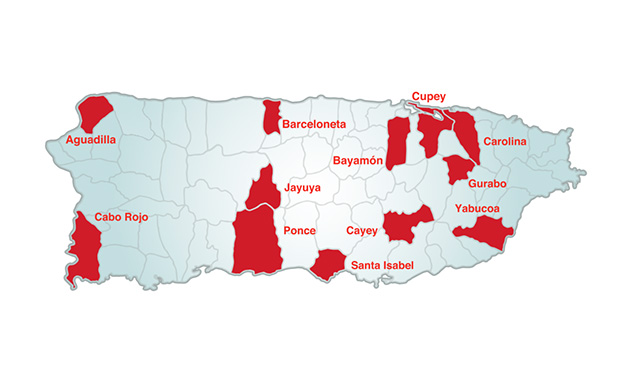 Universidad Ana G. Méndez shall be recognized as an institution focused on academic excellence, research, service, and social responsibility, with both a local and global projection.

Click here for UAGM's directory. Get up to date with our latest news here.

The Universidad Ana G. Méndez is a private, non-profit educational institution committed to teaching excellence, research, innovation, entrepreneurship, and internationalization. It serves a diverse student population within a multi-campus structure.

UAGM’s main purpose is to contribute to the development of citizens who are committed to the wellbeing of the local and global communities. 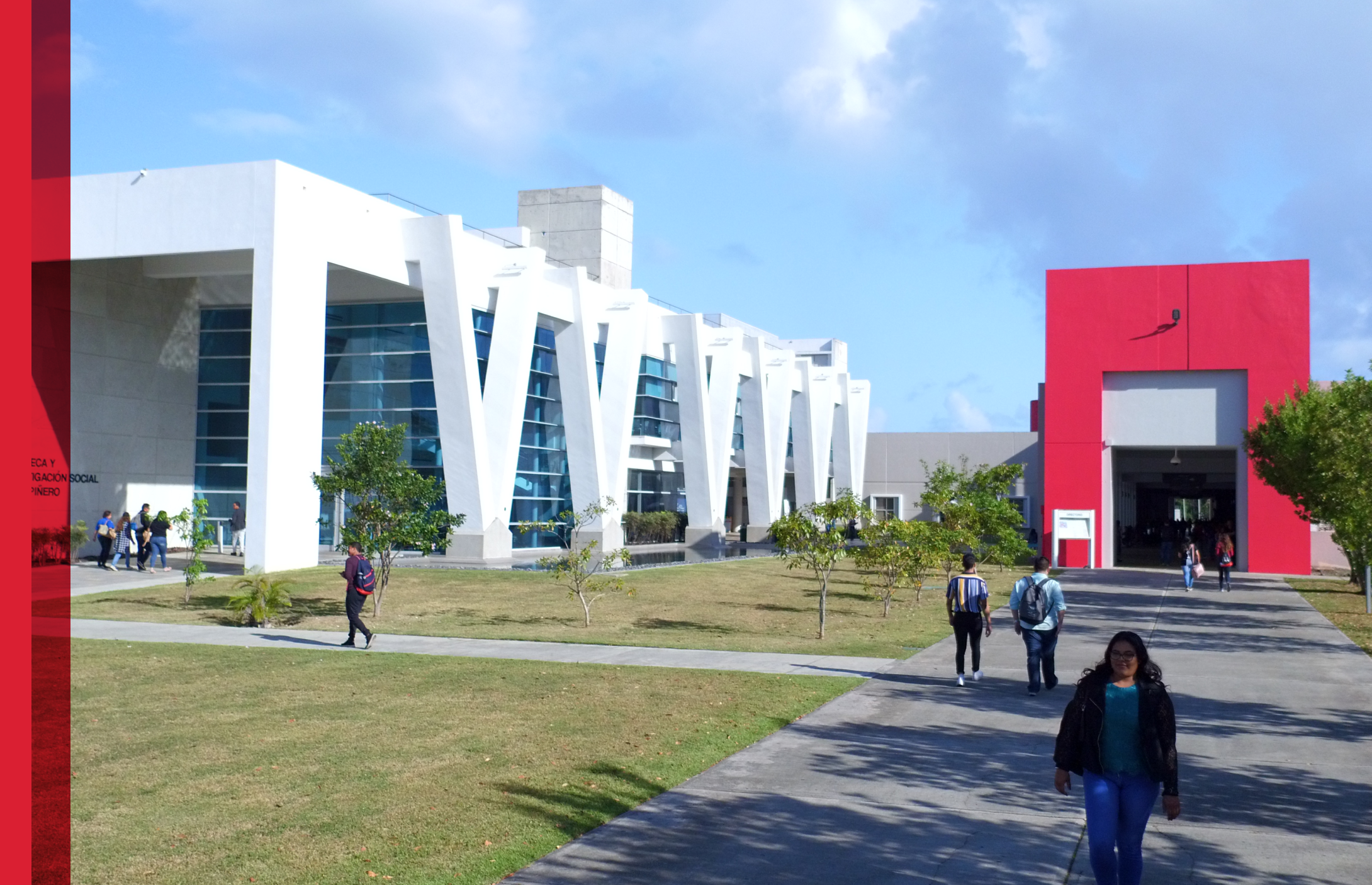 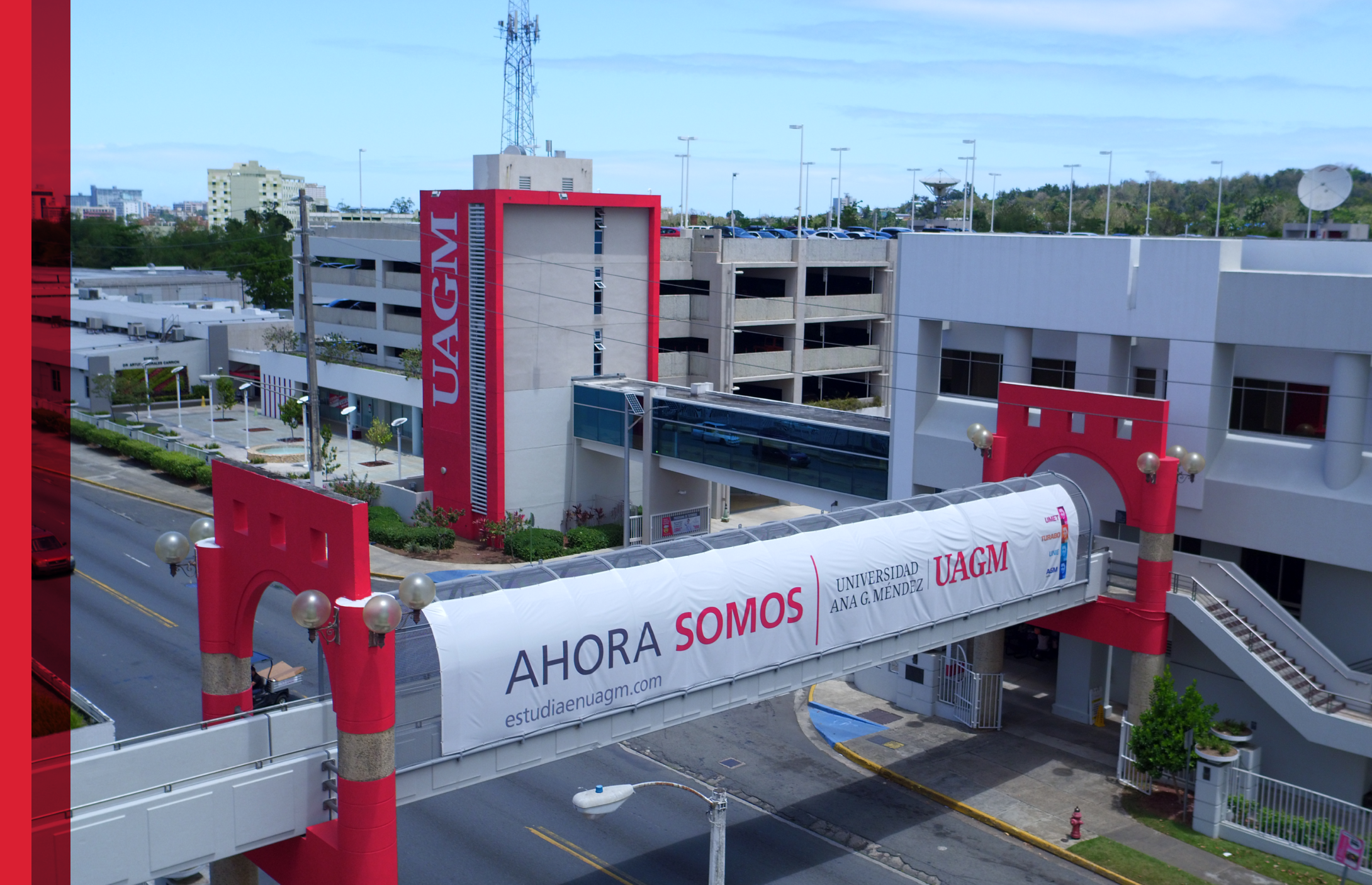 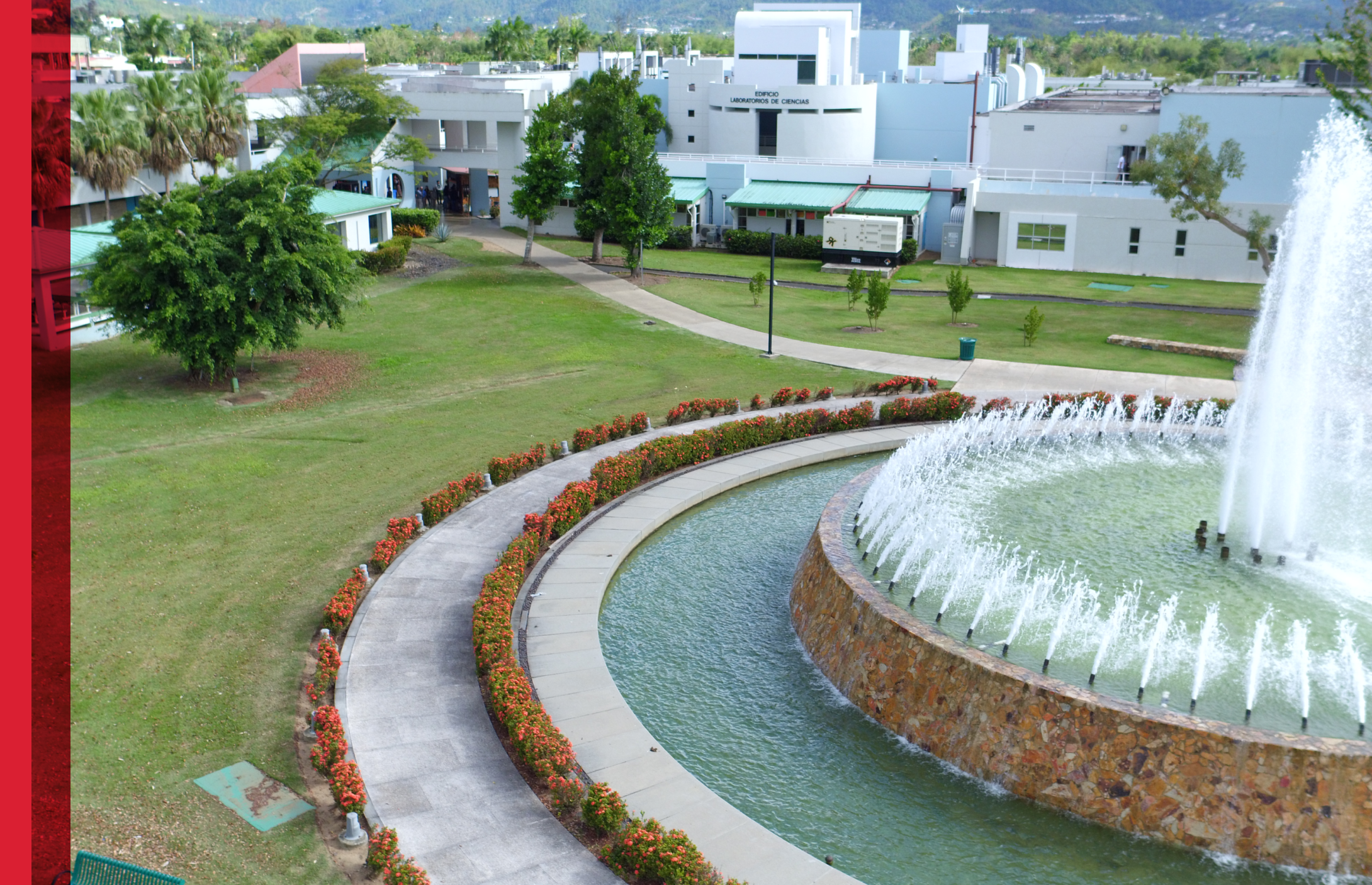 Complying with the educational mission of UAGM is the main function and responsibility of all the institutional units of the system – its campuses, locations and Sistema TV. Likewise, the structures and units of the university’s Central Administration have the main function of serving as advisors and facilitators, as well as offering support to all institutional units in diverse specialty areas, as well as overseeing the proper development of and compliance with systemic policies and processes.

To comply with its mission, UAGM develops its functions, initiatives and projects within the framework of the following general objectives:

Excellence as a priority and a guide in all teaching, research, service, planning and operations activities.

Freedom of thought and expression as an indispensable basis in the search, creation and diffusion of knowledge.

Respect for the diversity and dignity of all human beings, the environment and nature.

Promote ethical, social and cultural values in all our actions as an educational institution.

Recognize the value of education as an instrument to access better opportunities and the development of the full potential of human beings.

Constant innovation to ensure the pertinence of our programs and services.

Solidarity with the needs of the local and global communities.

Sistema Universitario Ana G. Méndez, Inc. (SUAGM), is a non-profit corporation that develops and manages educational entities for the benefit of the communities in which they are established, in and outside of Puerto Rico. The SUAGM is the main corporate and legal entity that manages two units: Universidad Ana G. Méndez (UAGM), including its three campuses and nine university centers in Puerto Rico, and Ana G. Méndez University (AGMU), which includes the Online Campus and the four centers in the mainland USA.

The president of SUAGM is also the president of both units, and is the principal academic and administrative leader of the corporation and the university. He (or she) also presides over the University Board of the UAGM.

The University Board is charged with promoting norms, policies, rules and regulations. It also establishes policies for the university and its campuses that conform to the Statutes, the Corporate Statutes of the SUAGM, the president’s executive orders, as well as the resolutions and bylaws approved by SUAGM’s board of directors.

SUAGM responds to a board of directors, which is the top governance body of the corporation, and which ensures compliance with the strategic plans in all academic, administrative and student areas.

Each university entity under SUAGM is directed by a chancellor, who is named by the president. These entities have individual licenses and are academically autonomous, with their own missions and strategic plans that correspond to the challenges and opportunities of the respective markets where they operate. Likewise, each campus has an Academic Senate that is presided by the chancellor.

The main function and responsibility of the board of directors is to ensure compliance with the mission, vision and strategic plans, as well as the financial stability and sound management of the corporation, its several units and dependencies. The board of directors is tasked with selecting, naming, and evaluating the president of the institution.

The board of directors is composed of 13 members: five permanent and eight elected. Its members are leaders that represent diverse social, educational, and economic sectors of the community. The board is organized in various work commissions, including:

Mesage from the President

Welcome to the UAGM Generation!

We hope that through this page you will get to know our university community, our academic offerings, our services and the student life in our institutions, our technology, research centers, and other resources that will contribute to your personal growth.

Universidad Ana G. Méndez currently offers approximately 240 academic programs: technical certificates for those who prefer short careers, Associate’s degrees, Bachelor’s degrees, Masters, and Doctorates. This diversity will allow you to join the UAGM Generation and discover your talents. Our university is committed to providing you the opportunities and support you need to succeed in your studies. We offer you an ambiance of academic liberty and intellectual challenges that will allow you to develop your capacity and skills.

We have positioned our institution in the fields of environmental affairs, science and technology, telecommunications, innovative projects on distance learning, plus a community service component that confirms our social responsibility with Puerto Rico.

In sum, here at UAGM you will find the ideal environment for your professional development.

José F. Méndez Méndez has worked at Universidad Ana G. Méndez (UAGM) for over three decades. He began in 1984 as an executive assistant to the general manager of then Channel 40, today Sistema TV- Canal Universitario Ana G. Méndez. He also served as associate director of programming, director of administration, as well as vice president, and general manager. He worked in the channel for 14 years, seven of them in charge of general management, where he made enormous contributions. Since 2002, he worked at the Office of the President, serving as associate vice president of corporate and international affairs, interim vice president of administrative affairs, executive vice president, and interim president. During his time at the Office of the President he demonstrated his unwavering commitment to our institution, made evident today by the growth and positive impact that UAGM’s university centers have had in Puerto Rico and the mainland USA. Mr. Méndez Méndez holds Bachelor’s and Master’s degrees in Business Administration, and is currently completing his PhD degree in Management at Universidad Ana G. Méndez, Gurabo Campus.

Since his designation as president of UAGM in 2016, Méndez Méndez has endeavored to promote a culture of constant innovation in the administrative, academic and student areas. Likewise, he has strengthened the institution’s international projection, and its focus on technology and research. He is married to Dr. Eileen Rodríguez Domenech and has four children: José Francisco (Jofran), José Fernando, Vicente, and Fabiola.
.